Clare Kirby was the victim of a hit-and-run accident on the popular Usery Pass Road, North of Bush Highway on April 3, 2013. MCSO said the driver, 73-year-old Marie Blandford, of Payson. Blandford continued down the road where it becomes Ellsworth in Mesa and T-boned a Honda pickup truck, driven by Phillips, at the intersection of McKellips road. Phillips also died. MCSO said charges against Blandford are pending at this time

Not One More helped create a memorial and placed a ghost bike at the scene of the incident in addition to providing financial assistance for funeral expenses. Not One More will remain in contact with the Kilby family to assist with household support during their recovery.

Saturday, June 30, 2012 Phoenix Triathlon Club member Shayna Elizabeth Weitzman was hit and run while on a training ride on Pecos Road with a small group of friends. Suddenly, a female driver made a quick left hand turn right in front of Shayna who was traveling between 22-24mph through an intersection with right-of-way. 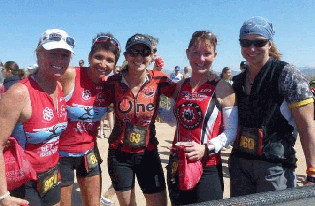 Shayna suffered a collapsed lung, separated shoulder, 3 fractures in her pelvis, a broken leg, two broken arms and torn ligaments on her non-broken leg. She was transported by helicopter to St. Joseph's Hospital in Phoenix.

The woman who hit Shayna kept on driving, leaving her in the road. She not only left the scene of the crash, but attempt hide car behind some bushes in the desert and lit it on fire in an attempt to conceal evidence.

The Gila River Police at the scene of the accident noticed the fire and were able to determine that it was the car that caused the crash. Notifying the owner of the vehicle, the presumed driver was observed to be under the influence but denied being involved in the incident.

This is a complicated case with respect to insurance, criminal and civil proceedings and Shayna does not have medical insurance. Not One More is currently working with Shayna and friends to help arrange support in terms of healthcare coverage, pending meal and ride support and critical financial assistance.


July Update: Recovery is on-going for all three of these resilient athletes! Thanks to all those who donated time, prayer support and money to benefit Scott, Brent and Lito. The May Ride of Honor & Cyclist Rally at the Arizona State Capitol was a solid step forward in our legislative efforts to secure sponsorship for a distracted driver statute and enhancements to the 3-foot passing law. 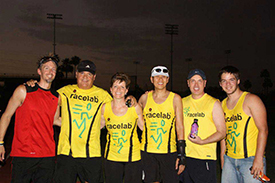 It was a typical training on the Saturday before Easter; a beautiful morning for a ride when a cyclists worst nightmare happened. Three riders were hit from behind by a distracted SUV driver adjusting her GPS device.

Lito Silla, Scott Drozdz and Brent Holderman - all accomplished athletes and experienced riders - were riding single file in the bike lane on McDowell Road in East Mesa, on the ride portion of their planned brick workout for the day. Scott was hit first and the hardest, then Brent and Lito who had been pulling the line.
Other cyclists immediately rode upon the scene and among them were four doctors - an Emergency Room PA, orthopedic surgeon and two dentists. Collectively these fellow cyclists were able to render live saving assistance until being relived by EMTs. All three were taken to Scottsdale Healthcare Osborn as the closest Level I trauma center with critical injuries.
Scott remains in ICU with a broken neck, ribs, a cut to his neck and bleeding and swelling of his brain. He remains heavily sedated but was able to move all limbs. Brent suffered a broken neck, spins, multiple ribs and pelvis. He is hospitalized and has no signs of paralysis. Lito had an exposed fracture of his wrist, broken collarbone and intense road rash. He has undergone surgery and is expected to be released from the hospital shortly.

Our Link the Lake event on December 4, 2015 was to honor Jay, provide support for Angie + Anika and rally legislative attention for passage of 'Jay's Law' - Vulnerable Roadway Users protection. 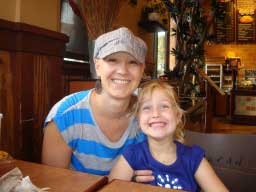 On May 17, 2015, 36-year-old environmental and bicycle advocate, Jay Fretz, was struck and killed by a vehicle while commuting home from work on his bicycle. Jay was a draftsman for a Tempe architectural firm.

Jay left behind a young wife, Angie, and a 5-year-old daughter, Anika.

Aside from the difficult emotional consequences that encircle this tragedy, meeting the needs of comfort throughout this grieving time has taken the back seat to meeting another life or death need: supporting Angie in all of the ways a human can be supported as she endures chemotherapy for a diagnosis of breast cancer and ultimately, a mastectomy.

Angie Fretz is without health insurance now that Jay has passed, is self-employed and does not earn an income unless she is working transcribing accident tapes and must raise her daughter alone. She is currently on a leave of absence from her contracted work.